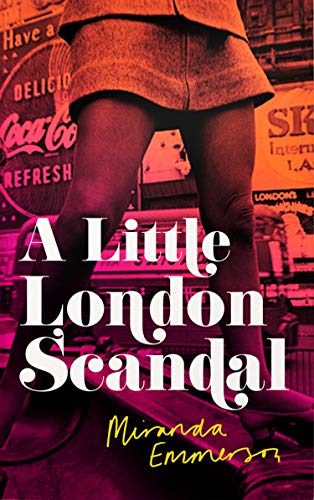 A compelling and ingeniously plotted story of class and corruption, sex and the Sixties, for fans of A Very English Scandal and The Trial of Christine Keeler

Nik felt the mistake in his bones.
The man in the snakeskin suit reached down towards him and pulled Nik upright by the collar of his coat. Nik didn’t see what happened next but he felt the wall. He cried out and then someone hit him and he closed his eyes and waited for it to be over.

Nik Christou has been a rent boy since he was 15. He knows the ins and outs of Piccadilly Circus, how to spot a pretty policeman and to interpret a fleeting glance. One summer night his life is turned upside down, first by violence and then by an accusation of murder.

Anna Treadway, fleeing the ghosts of her past, works as a dresser in Soho’s Galaxy theatre. She has learned never to place too much trust in the long arm of the law and, convinced Nik is innocent she determines to find him an alibi.

Merrian Wallis, devoted wife to an MP with a tarnished reputation, just wants proof that her husband couldn’t have been involved.

But how do you recognise the truth when everyone around you is playing a role – and when any spark of scandal is quickly snuffed out by those with power?

As Anna searches for clues amongst a cast of MPs, actors, members of gentlemen’s clubs and a hundred different nightly clients, will anyone be willing to come forward and save Nik from his fate?

As the blurb says – sex and the Sixties. The cover plus that blurb caught my eye and as I was alive then…! A boy is found dead in the gardens behind an exclusive London (gentlemen’s) club. No one really saw anything much but another boy was running away from the area and arrested. It looks as though this might be a good way for the police to close the case particularly as both of them were rent boys. However Anna, a dresser in a Soho theatre, knows the boy, Nik, who has been arrested and she thinks him innocent. Add in an MP with a slightly tarnished reputation and his worried wife Merrian and the key ingredients are there for A Little London Scandal.

I liked the start of this book. The boy who was found dead was running away from a police raid and was scared. Nik was working on the streets. Anna is dealing with actors and actresses. The whole thing managed to feel fairly much like the Sixties. The book follows Anna’s attempts to find out what happened and the MP’s wife is interested in some answers too. Ann comes across a policeman who she met during a previous case she was involved in – will he help?

If there was nothing very outstanding about this book equally I would not have dreamed of stopping reading it. The characters were good enough – particularly so in the case of both Nik and Anna. Nik’s background emerges during the story and is well presented. I also found it convincingly atmospheric of the Sixties. The attitudes towards those who were not male, wearing suits and in decent jobs was telling – if anything understated. A Little London Scandal is definitely a decent read.