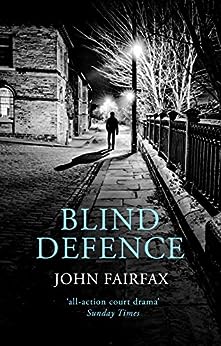 'An all-action court drama' Sunday Times on Summary Justice She was found hanging in a dingy London bedsit with a blood orange in her mouth. Diane Heybridge, a young woman without a past or much of a future, has captured in death the compassion denied her in life. For the prosecution, this seeming suicide is nothing more than a bungled killing and a disgusted public looks to Court 2 of the Old Bailey for justice. Her callous, jilted partner Brent Stainsby stands accused of her murder and he's turned to the maverick legal team William Benson and Tess de Vere to defend him. However, as the trial unfolds it soon becomes clear that there is far more to Diane Heybridge than meets the eye. She wasn't the weak and downtrodden victim now being presented to the jury. She was capable of a sophisticated form of vengeance. By the same token, Brent Stainsby isn't who he seems to be either. He's hiding a motive for murder unknown to the police and may well be playing a deadly game of poker with the judicial process. What began as a simple trial rapidly turns into a complex search for the truth beyond the confines of the courtroom...

Summary Justice was a book I really enjoyed so I was very pleased to get my hands on Blind Defence also by John Fairfax. It was good to be back with Benson and de Vere again. It starts with a snapshot of Benson’s time in prison, powerful and something that hangs over this book. Back to the present day and Benson gets another high profile murder case which does not please some people. It should come as no surprise to anyone who read the first book to hear that this appears to be a “hopeless case”. Even Benson and de Vere think so but that can’t be the case can it?

John Fairfax writes well crafted courtroom type stories for me. However that alone probably would not have me as such a fan. The key is Benson’s background story and his character. We got some insights in the first book. The fact that he was jailed for a crime he maintained he did not commit. However to become a barrister he needed to admit his guilt. It was obvious in the previous book that there was more to this than met the eye. This book develops that storyline gradually. Benson’s character – complicated, flawed, insightful and with flashes of brilliance – make for an excellent read.

The main case in Blind Defence – the Blood Orange murder – is good. It twists and turns, ebbs and flows but kept me interested and engaged throughout. I think the author did a very good job of the ending of the case personally. Not all the loose ends are neatly tied up. Some of the threads seem a little too convenient to me but that is being a little picky probably. Fans, and yes I’m one, will be pleased to know that this is not the end of the story. Benson’s guilt or innocence does need establishing for his sake as well as for his family and for Tess. I confess I’m looking forward to the next instalment and hoping it will not be that last! My review of the first book in this series – Summary Justice – is here