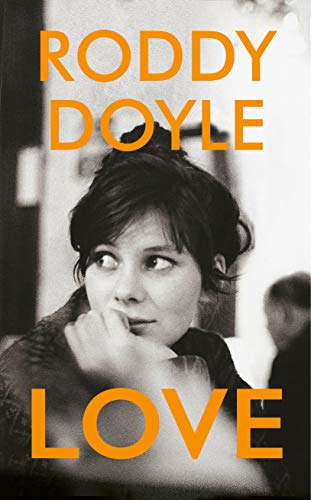 Two old friends reconnect in Dublin for a dramatic, revealing evening of drinking and storytelling in this winning new novel from the author of the Booker Prize winning Paddy Clarke Ha Ha Ha

Davy and Joe were drinking pals back in their Dublin youth. Davy rarely sees Joe for a pint anymore--maybe one or two when Davy comes over from England to check on his elderly father. But tonight Davy's father is dying in the hospice, and Joe has a secret that will lead the two on a bender back to the haunts of their youth.

Joe had left his wife and family a year earlier for another woman, Jessica. Davy knows her too, or should--she was the girl of their dreams four decades earlier, the girl with the cello in George's pub. As Joe's story unfolds across Dublin--pint after pint, pub after pub--so too do the memories of what eventually drove Davy from Ireland: the upheaval that Faye, his feisty, profane wife, would bring into his life; his father's somber disapproval; the pained spaces left behind when a parent dies.

As much a hymn to the Dublin of old as a delightfully comic yet moving portrait of what it means to try to put into words the many forms that love can take, Love marks a triumphant new turn for Roddy Doyle.

In Love by Roddy Doyle two old friends are chatting in a pub in Dublin. They haven’t seen each other for a while and over a few (!!) drinks the conversation is varied. While they were friends in their youth Davy moved to England so sees Joe only when he comes back to visit his father. They both have issues in their lives that they have not told one another about. What will come out in the course of a night of drinking?

Love is colloquial (in an Irish way) and unstructured. Mine was a review copy however it had no chapters at all. The narrative moves place and time without any real indications. At times we are in the current era; at others we are back in a drinking haunt of their youth. Equally parts of the narrative take place while one of them has gone to the “jacks” or is otherwise occupied and these are more monologues recalling past events.

If all that sounds rather negative it’s not intended that way but this book is a little different to the run of the mill ones. There is a rhythm or cadence to this for me which I enjoyed. We have humour and sadness too. I do think that this is quite a “blokey” book though. I found parts of it very easy to relate to. There are things said and not said between old friends. The more I read the more I got into it. Mine was a proof copy however the line “There is a reason why men don’t talk about their feelings” I found very telling and might be a cornerstone of the book. That said there is plenty of talk which relates to underlying feelings.

I think Love may be a Marmite book. The parts that worked for me really did work powerfully well at times. I found Davy and Joe, and their stories, easy to relate to. My biggest problem with this is that at times it was simply very slow. Old friends chatting over many drink tend to talk rubbish at times and that slows this down. However the good stuff was great!