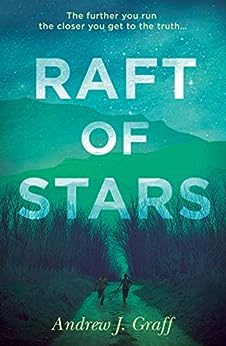 When two hardscrabble young boys think they’ve committed a crime, they flee into the Northwoods of Wisconsin. Will the adults trying to find and protect them reach them before it’s too late?

It’s the summer of 1994 in Claypot, Wisconsin, and the lives of ten-year-old Fischer “Fish” Branson and Dale “Bread” Breadwin are shaped by the two fathers they don’t talk about.

One night, tired of seeing his best friend bruised and terrorized by his no-good dad, Fish takes action. A gunshot rings out and the two boys flee the scene, believing themselves murderers. They head for the woods, where they find their way onto a raft, but the natural terrors of Ironsforge gorge threaten to overwhelm them.

Four adults track them into the forest, each one on a journey of his or her own. Fish’s mother Miranda, a wise woman full of fierce faith; his granddad, Teddy, who knows the woods like the back of his hand; Tiffany, a purple-haired gas station attendant and poet looking for connection; and Sheriff Cal, who’s having doubts about a life in law enforcement.

The adults track the boys toward the novel’s heart-pounding climax on the edge of the gorge and a conclusion that beautifully makes manifest the grace these characters find in the wilderness and one another. This timeless story of loss, hope, and adventure runs like the river itself amid the vividly rendered landscape of the Upper Midwest.

Raft of Stars is the story of two young boys from a very small town in Wisconsin. They believe that that they have committed a crime and so flee into the woods locally. They stop off first at one of the boys granddad’s farm to pick up supplies. Dale, the grandson, collects essential supplies while his friend, Bread, leaves a note explaining things for Teddy, the granddad, to find. The boys then leave for the forest. Fairly soon the local sheriff, Cal, and Teddy agree to go after the boys on horseback. Also on the scene, mentally or physically, are the fathers of both the boys. Miranda is Fish’s mother and is desperate to find her son. The final real character in this is Tiff and she really is quite a character – gas station attendant and poet.

I really liked the start of Raft of Stars. The boys dilemma is very clear as is their friendship. The other main initial characters – Cal, Teddy and Tiffany – all are interesting and worked for me. The family backgrounds of the fathers particularly are well thought out and used – believable too. Having come from the city Cal’s views on being a small town sheriff are nicely worked as well. This was set up to be a very appealing story.

However as the story developed it seemed to change in character for me. Some of the edginess left it and I often felt I had an idea what was going to happen next (and was usually right). At times it felt far more like a YA read than an adult one. I must stress that it would probably be a good YA read but it wasn’t quite what I thought it would be.

There are good characters in an entertaining story here. There is some depth in it – the boys stories are quite powerful at times. The setting both small town and out in the wilds is nice. In the end I think this is a better YA read than an adult one maybe. Raft of Stars really is not a bad read really but just not quite the one I thought it was.