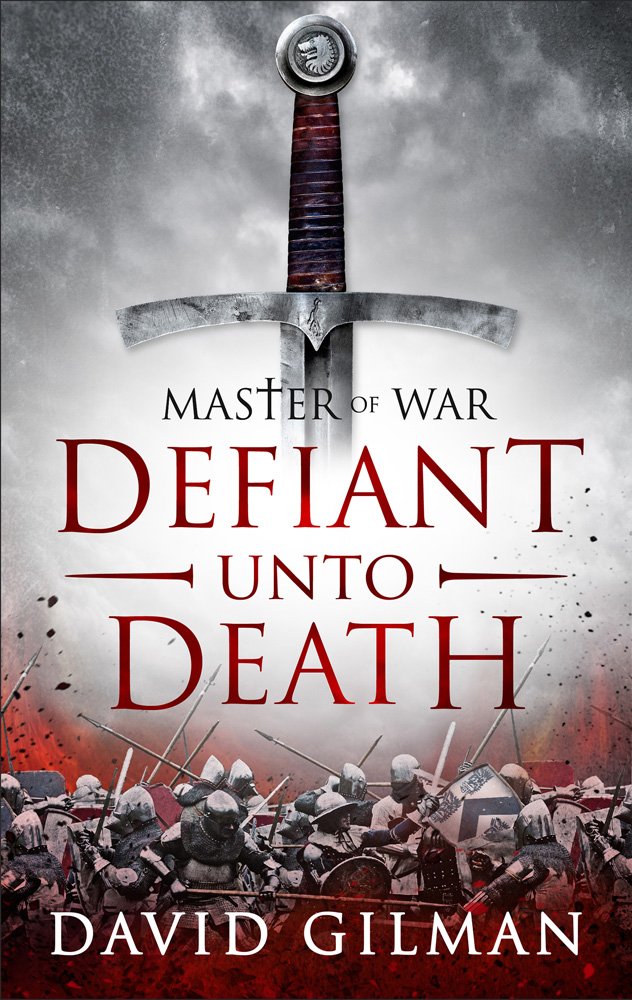 The Black Prince has launched a devastating raid deep into France, laying waste to everything in his path. In response, the French have mustered an army that outnumbers the English forces 10 to 1 and and are determined to drive their hated foe from the land after years of bloody conquest. Sir Thomas Blackstone, the British archer knighted on the field of Crecy, has used the intervening years to forge his own war band and has hacked out his own fiefdom in central France. He knows the English are outnumbered, outmanoeuvred and exhausted...but that will not stop him from fighting his way to one of history's greatest military victories. But the field of battle is not only arena in which Blackstone will have to fight for his life...Although Poitiers was a great victory for the English its aftermath will cost Blackstone dear.

I read the first book in the Master of War series by David Gilman when it was first published and I had been looking forward to reading the follow-up for some time. The talent that made the first book in this series so compelling shines through from the start of this. Enough details of the previous book skilfully woven in so this could be read as a standalone but the previous book is so readable it would be a mistake to read this one first in my view.

This book concerns Sir Thomas Blackstone’s life some 10 years after the battle of Crecy. There is still great intrigue in France and moves are afoot to replace the king. A number of power struggles involve Thomas. He also needs to fund his lands. The scene is set for well researched storylines set in various locations in France. There is courage and betrayal, deceit and honour, violence and peace. The writing both descriptively and in the action scenes is of a very high order.

I found the ending of this book exceptional – the beauty of an alpine flower meadows juxtaposed with death and destruction. I would highly recommend this to anyone who wants a high quality historical story – I found it hard to put down. My only sadness is that I now have to wait some time for the next book!

Disclosure – I received an advance copy of this book from the author in exchange for an honest review.