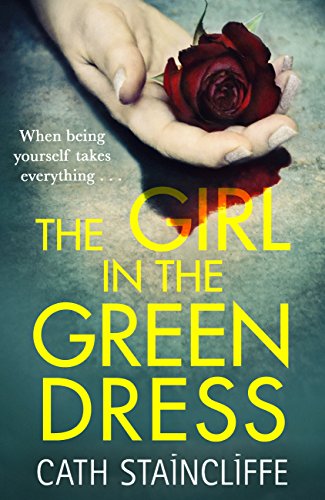 How far would you go to protect your child? Can you really keep them safe? What if who they are puts them at risk? And what if they have blood on their hands? Teenager Allie Kennaway heads off for prom night, cheered on by her dad Steve and little sister Teagan. But Allie never comes home, beaten to death in an apparent hate crime because of her transgender identity. As police investigate the brutal murder, a crime that has appalled the country, one parent is at her wit's end with her son's behaviour. Are his outbursts and silences hiding something much darker than adolescent mood swings? And if her suspicions are correct, then what does she do? Another parent will fight tooth and nail to save his boy from the full force of the law. After all, blood is thicker than water and everyone should look after their own. But if he succeeds then Allie and her family will never get the justice they deserve. A groundbreaking story of love and hate, loyalty and betrayal, in a world of change.

The Girl in the Green Dress by Cath Staincliffe is set in Manchester.  It is about the killing, and events after that, of a teenage girl on a night out who turns out to be transsexual. The book tells parts of the story from differing perspectives of some of those concerned with the events. Initially this appears to be a simple police murder case story and is perfectly readable. Then there is a twist. I have to say that in part I saw it coming but it was good. It has the effect of taking this story to another level.

The writing here is taught and sparse. It works well both for readability and to increase the tension. However I found that if I didn’t read a reasonable chunk at a time the multiple perspectives could be distracting. I did find some of the characters not overly developed. On the other hand one of the main and important characters, Jade, was fairly well developed and I liked her even though I wasn’t fully convinced by her.

The inclusion of the transsexual aspect here worked for me I think though I am don’t have any great awareness of the subject. It made the story “up to date” and offered the dimension of the family’s issues with gender and political correctness as well as those of the police. The twist in the story made the book better for me than it would have been without it.

I have enjoyed this author’s writing in the past and I did enjoy this book too. I intend to read more of her work when I get the time. If I wasn’t 100% convinced by some of the characters I still thoroughly enjoyed the story.