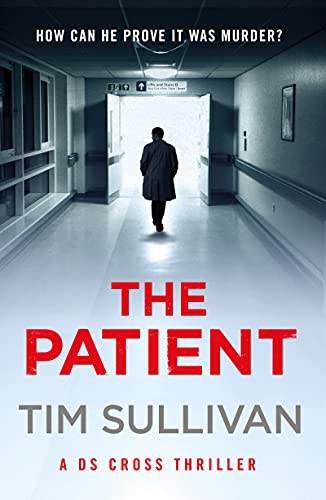 Introducing your new crime thriller fix: Bristol detective DS George Cross, champion of the outsider, the voiceless and the dispossessed.

DS George Cross can be rude, difficult, and awkward with people. But his unfailing logic and dogged pursuit of the truth means his conviction rate is the best on the force. An outsider himself, having been diagnosed with Autism spectrum disorder, DS Cross is especially drawn to cases concerning the voiceless and the dispossessed.

Now, Cross is untangling the truth about a young woman who died three days ago. With no fingerprints, no weapon and no witnesses, the Bristol Crime Unit are ready to close the case. The coroner rules suicide: the woman had a long history of drug abuse. But her mother is convinced it was murder: her daughter has been clean and sober for over two years.

DS Cross is determined to defy his bosses and re-open the case, even if it costs him his career. Soon he is mired in a labyrinth of potential suspects – but can he solve the case before his superiors shut it down for good?

The Patient by Tim Sullivan

The Patient features Bristol detective DS George Cross. He is a member of the Major Crimes Unit there. He is also on the Autism spectrum which can make him quite difficult to work with. However it gives him some qualities that make for a good detective. He engages with a civilian woman who has been hanging around the MCU offices for three days to find out why she is there. She raises concerns she has with the death of her daughter being considered suicide. While initially sceptical Cross feels that it might be worth another look at the case. However he does need to get his boss to agree to re-opening the case.

The Patient follows the twists and turns of this case with Cross. Helping him are Ottey, also a DS and Cross’s police partner, and Mackenzie who is a police staff member. Both of these seem to have become accustomed to dealing with Cross’s autism quite well. I found it a little odd that a staff member would get so involved in the investigation however it worked well enough in the story. These three main characters all came over well enough and were developed too. The remaining characters were possibly a little weaker.

The case itself interesting and the general story line was well worked for me. There were quite a few twists and turns as far as the direction of the case and possible suspects were concerned. I confess that few of them came as a real surprise to me but that didn’t affect my enjoyment. I enjoyed getting to know Cross as a character. He felt fairly “valid” most of the time however my experience of autism is somewhat limited.

I enjoyed The Patient and I will read the previous two books when I get the chance. I think this lacked a little tension for me as a police story. This does seem readable as a standalone book however I think an understanding of the characters would improve by starting at the beginning. I hope there will be further books in this series – I for one will be a reader of them!