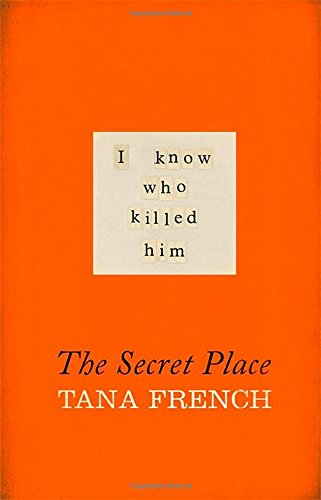 The is a Dublin "murder squad" story by Tana French set almost entirely in a private school.  The female detective involved - the senior investigating officer - is from a very different life and background to the young girls and the contrast is stark. It is cleverly written and probably deserves 4.5 out of 5

I’ve enjoyed previous Tana French stories and particularly Faithful Place so I was pleased to be able to read this one as it does have a connection although a little tenuous. Set in Dublin we have Detective Moran wanting to get into the Murder Squad and a teenage girl who brings him what might be a clue to a murder of a boy close to a very upmarket girls school a year earlier. Can he use this to get into the murder squad and can he solve (or help to) the crime.

I did find the “chatter” of teenage girls less than easy reading at times however the more I read the more it seemed appropriate and listening to some teenagers on a bus the other day she got the voices pretty accurate. That aside it is a well paced tale with action steadily building. Skilfully woven the story mixes the current murder investigation with the lives of those involved prior to and up to the time of the murder. In the end one teenage boy has died and one of eight girls may well be the murderer but which one, indeed is it only one who is guilty?

I’ve always thought that Tana French managed to write men fairly well however this book, for me, shows that she writes females very well indeed. The female detective involved – the senior investigating officer – is from a very different life and background to the young girls and the contrast is stark. I guess I didn’t always feel involved with her as a character however on balance I think this is probably my favourite Tana French story so far – not one I couldn’t put down but one I didn’t want to put down. The pace was excellent and the deep emotions were well evoked as is usually the case with her writing. 4.5/5 probably for me and I’ll want to read her next book.