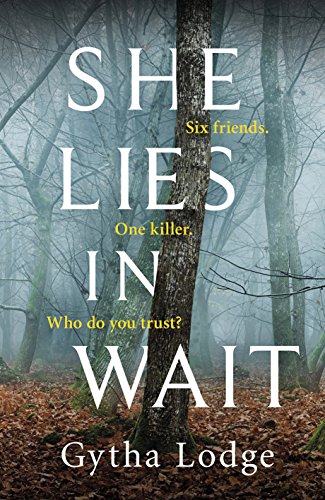 On a scorching July night in 1983, a group of teenagers goes camping in the forest. Bright and brilliant, they are destined for great things, and the youngest of the group—Aurora Jackson—is delighted to be allowed to tag along. The evening starts like any other—they drink, they dance, they fight, they kiss. Some of them slip off into the woods in pairs, others are left jealous and heartbroken. But by morning, Aurora has disappeared. Her friends claim that she was safe the last time they saw her, right before she went to sleep. An exhaustive investigation is launched, but no trace of the teenager is ever found.

Thirty years later, Aurora’s body is unearthed in a hideaway that only the six friends knew about, and Jonah Sheens is put in charge of solving the long-cold case. Back in 1983, as a young cop in their small town, he had known the teenagers—including Aurora—personally, even before taking part in the search. Now he’s determined to finally get to the truth of what happened that night. Sheens’s investigation brings the members of the camping party back to the forest, where they will be confronted once again with the events that left one of them dead, and all of them profoundly changed forever.

This searing, psychologically captivating novel marks the arrival of a dazzling new talent, and the start of a new series featuring Detective Chief Inspector Jonah Sheens.

.There is a nice start She Lies in Wait by Gytha Lodge – old bones are found at a site of interest in an old case. The police officer in charge of the case was had just started his career in the police at the time of the original investigation. He is now a DCI and brings with him his team and a new Detective Constable. The book alternates in the main between the current time, the case and the investigation and memories from the past. Most of the old memories are from Aurora’s viewpoint. She is the girl who disappeared then and whose body has now been found.

The location of the remains suggests that really only 6 people who were with Aurora on the night she died can really be involved. However is it quite a simple as that? As the story moved through a gradual reveal both in modern times and in the past some threads appear. Which of those are red herrings and which might lead to the killer? Equally was Jonah, the DCI, really as uninvolved with the group of youngsters from 30 years ago as he maintains?

The characters here gradually emerge with the story. I liked them well enough in the main though I did feel that they generally felt a underdeveloped. Jojo was the real exception to that rule – I liked her a lot – and maybe Jonah to a degree. The fact that there appear to be only 6 suspects did not mean I didn’t think “Ah it must be that one” more than once! The writing was good with the pace and tempo just fine. There was enough description to understand the settings and what was going on. The level of tension increased nicely as the book went on.

For me She Lies in Wait worked on different levels too. People involved have grown up and there are changed attitudes in society too. I don’t think it is flawless – I’m fairly sure I spotted an odd glitch and as I said earlier the characters were generally ok and not much more than that. However, in the end I just plain enjoyed reading this story hence the 5 star rating. It is certainly one of the best books I’ve read so far this year (2018) and I would really like to read another by this author in the future